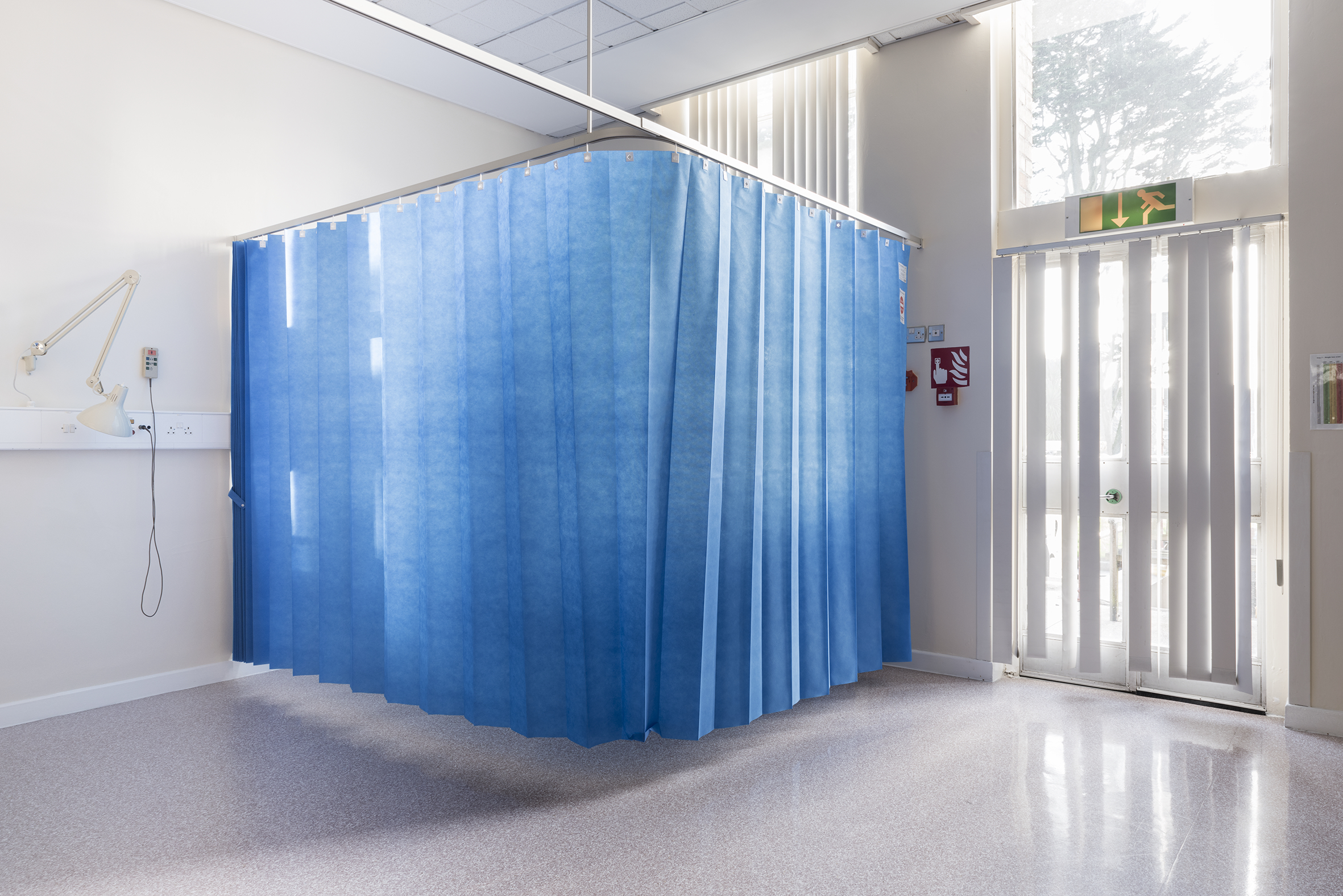 This exhibition marks the culmination of study for a group of six MFA Photography Students at Ulster University’s Belfast School of Art. The photographs are part of a greater body of research that each student has completed for their final year project.

Aaron Dickson – Notes On Hospitals
The hospital is where many of us are born, it is the place where we take our first breath, meet our parents for the first time and first experience the world outside the womb. It is a physical structure imbued with emotion and significance yet concomitantly clinical and detached. This project invites you to distinguish between what you see and may have read about our government funded hospitals and what you do not see, but suspect.

Richard Gosnold – Voices
Richard Gosnold is researching the psychology of perception and its relationship to visual art. He has considered how photographs may be viewed, re-contextualised and reconstructed to fit within a personal narrative. He draws on the theory that the things we see are not defined solely by what is on the retina, but also by memory, experience and what we believe to be true. Voices questions how our notion of reality compares to that of a person who is having perceptual experiences that are not part of our ‘normal’ experience of reality. It suggests that we invent reality to suit our emotional state and seeks to communicate the experience of mentally constructing a reality from visual clues, which may be concealing a completely different truth.

Katrina Taggart – Healing
Taggart’s work looks at the search for spiritual healing in contemporary Ireland. As Ireland has become more secularised, a religious vacuum has been created leading to an increase in the experience of a more personal kind of spirituality. Taggart has spent two years exploring the popular pilgrimages of the West of Ireland and on a parallel narrative she has documented her own spiritual journey with her 6-year- old son, Joseph.

Tim West – On Any Sunday
Tim West’s work investigates the motorcyclist subculture and the relationship that exists between man, machine and landscape in the UK and Ireland. An acute obsession with the motorcycle is found on these islands where public roads close every year to allow motorcycle races to take place.

Dianne Whyte – The Trap Rooms
This work is a study of space, in particular, the functional spaces of the theatre. These spaces are a metaphor for the staging of reality that underlies contemporary life. The normally hidden machinery of the theatre, acting as the social forces that shape our lives. The unstable character of the Trap Room is defined by the play between reality and illusion.

Dalyce Wilson – Shadow Dance
This work explores the effects of living in a place that is not geographically or culturally your own; it is a glimpse of the struggle of wanting so badly to be a part of something, but instead feeling apart from it. Shadow Dance works with the landscape and the human form to create a visual conversation about what it means to search for belonging while standing out.