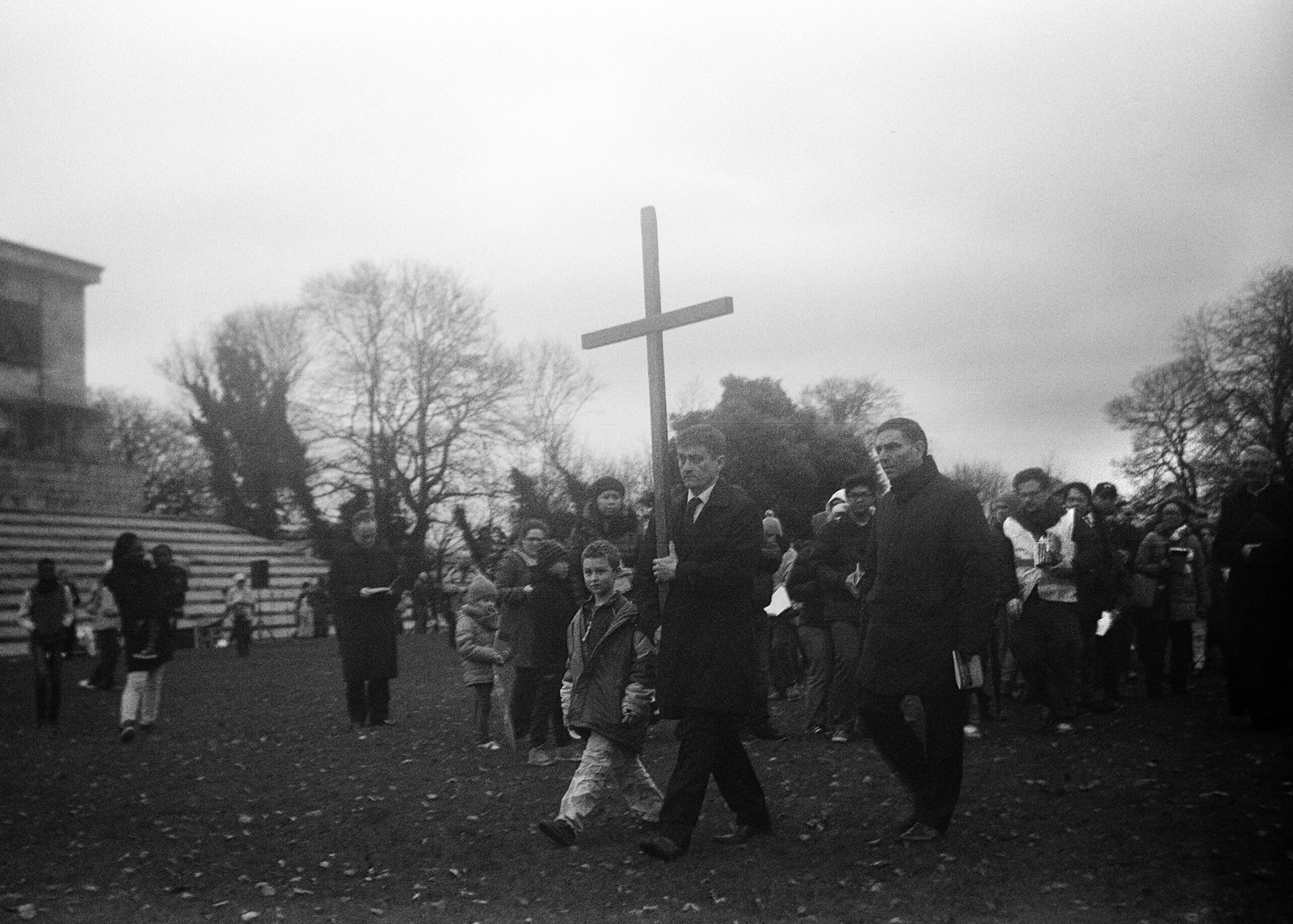 The All’s Changed 1916-2016 project sets out to document Ireland in the centenary year of the 1916 Rising, using only antique cameras from 1916. Travers then develop the images using only the chemical process from one hundred years ago.
These images will be a collection of architectural, urban landscape, and street scenes of daily Dublin life. This project has been two years in the making, using meticulous research in both – the local history of Ireland in the 1910’s and in the history of photography at that time. The prints of this project will be divided into three sections to match the style of photography as it was in the 1910’s – Black and White/Sepia toned photos developed from glass plate and negatives, colour images where the colour is painted onto Black and White prints by hand, and stereoscopic images taken by a 3D camera from 1916, which can be viewed with a stereoscopic viewer or 3D glasses. There will be a set of 35 stereoscopic image cards to view.
This exhibition is an artistic interpretation of historic events from one century ago, and a documentation of modern Ireland.

7.30-8.30pm 22 July
Talk:
Photography in Ireland in 1916 and the First World War.
Demonstration of the cameras used in the project.
2-2.45pm 24 July
Demonstration:
Showing the basics of 3D photography first developed in the 19th century.  Using a digital camera, stereoscopic prints will be produced on site to demonstrate the process.
Please email info@traversphoto.com to book a place.  Numbers will be limited.

Travers is a stills photographer currently based in Dublin. His photographic style mainly centres around documentary and street photography. Originally, he studied as an animator for three years at Senior College Ballyfermot. For the last ten years he heas worked as a freelance photographer. Many of Travers’ images are observations of absurdities and juxtapositions in modern life, and although humour runs throughout the work, the methods used are serious. As a photographer, he tries to capture life and his environment as close to reality as possible. It is for that reason he works with analogue cameras and traditional printing techniques. Travers has exhibited imagery numerous times and have had it published in Ireland, the UK, America, and Israel.