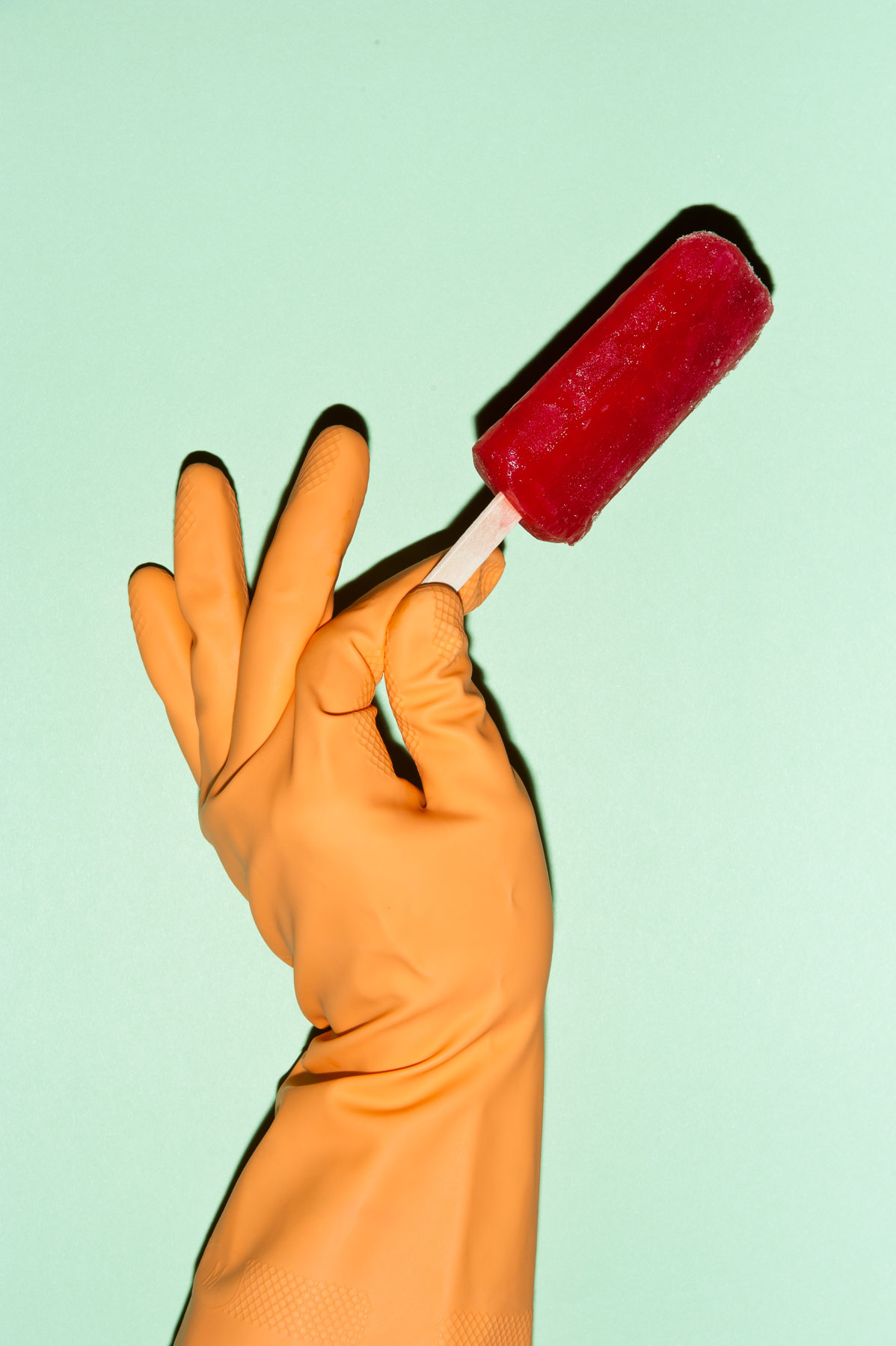 Fergus is a toy. He was found in Ireland on a Sunday afternoon, with a broken leg. Some of the pictures are Fergus’ memories, probably coming from a time he spent with a child. These are images from childhood; they talk about the discovery of a connection between things. More mature, and sometimes more melancholy, are the visions of Fergus’ life as an adult, and with an adult. They show his perceptions of the world, depicting glimpses of daily life as well as memories of trips to distant countries. We see a mixture of boredom, sadness, mystery and wonder. Frames and colours are simple, plain, as images always are when a single point of view is the only point of view, when it is the only source of light in the world. Nothing seems to be foreign to Fergus but everything is certainly alienating to those who observe his memories of this world.
I discover the world from home, I travel in a pocket. —Fergus.

About Luca Truffarelli
Trufarelli graduated in photography in 2011 and started experimenting and challenging himself in the field of visual arts. In the past few years he has been involved mostly in contemporary dance and theatre works not only as a photographer/video maker but also as visual design and artistic collaborator. Among other projects, the short films Table Manners/Stopping at Red Lights and Freedom – to go!, by the choreographer Ingrid Nachstern, have been awarded prizes in several international dance film festivals. The contemporary dance show Tardigrade, by Philip Connaughton, was awarded as best design at Tiger Fringe Festival 2015. This year Trufarelli has exhibited at the GPO with the video installation Here and Thought and at Project Arts Centre with the photographic project Archive.
At the moment he is working as stage designer and collaborator for a dance project that will be presented at the Dublin Dance festival in 2017.

About Francesco Taurisano
Francesco Taurisano’s work contributes to the critical reframing of landscape representation in contemporary photography. It offers the viewer a multi sensorial reflection on our appreciation of the landscape, in which imagination, memory and nostalgia for the past provide the opportunity to explore cultural representation of place. This strategy reconnects the viewer with the classical aesthetic representation of landscape, taking them on a journey that privileges the everyday and the rediscovery of the non- places that have become unfamiliar in modern society. This approach to landscape is inclined to study how the land and its inhabitant are changing, and how they have transitioned from agricultural to a post-industrial economy.
www.francescotaurisano.com